A  hopeful synth tinged Indie anthem from 1989. Produced by Julian Mendelsohn and mixed by Bob Kraushaar. Uplifting saxophone. A lead single for the album, “Good Together” there is a certain Epic quality in the feel. It featured in the New Order biopic “Control.”

The funk is brought on with an instrumental version “Love Is The Way” and “Day 2” a revisit of 1982 track “Day 1”, a short instrumental that is drum machine driven with elements of Yello atmospherics. 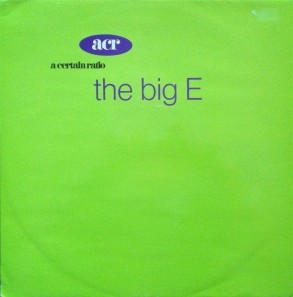 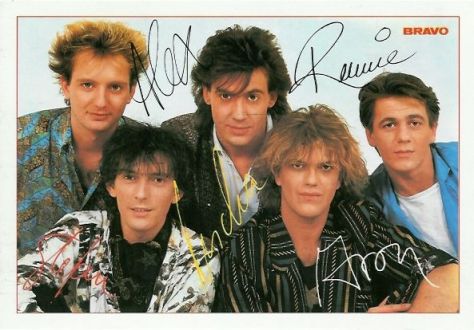 Produced by Armand Volker, I like there was a sampler assistant – Wolfgang Müller. Th tracks were re-recorded into English from their 6th LP, Purpurmond (in English, Purple Moon) Making it their 3rd English language album.

As usual you do get lots of variety. Mid-pace ballads, electro funk (with raps) – all with their signature E.L.O. layered vocals and Beach Boy-isms. No filler on this album. A lot of that sample sound first heard on “Running Up The Hill” by Kate Bush. (well on 2 tracks) Quite like the “In The Middle Of The Night” and the way it constantly changes. 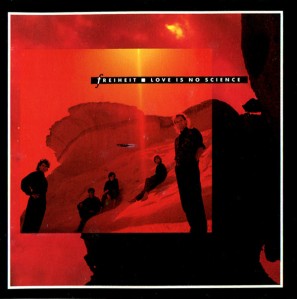 So before I listened to this I thought novelty, one-hit wonder, Cabaret band.Was I wrong ?

After the opener (that every knows) we get into some Psychedelic Rock, like a sickly cousin of The Damned.

It’s almost a duet between the Doctor and the Anadin Brothers on most tracks. “Moon Song” has a suitably 70’s Hippie vibe to it – the longest track on the album.

“The Miracle Of The Age” was a very early single produced by XTC’s Andy Partridge and shows early promise.

After listening to the album…. Yes, they are – not much here to grab on to, Sorry not my bag! 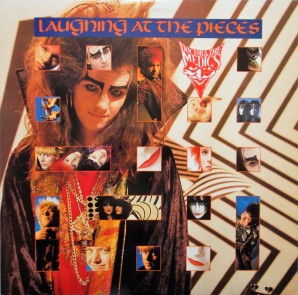 A rare promo release from 1982 from The Gulls which included previously unreleased track “Pick Me Up”, to help their exposure in the U.S. and continuing the marketing as the ‘New’ Merseybeat.

“I Ran” doesn’t sound extended but starts off in a more sudden way, still takes you back to that time.

“Messages”, which always reminds me of early Spandau, is more indie New Wave, with plenty of guitar, thanks to Reynolds’ Sonicsnout guitar tone and driving bass.

“Pick Me Up” is even more angular, very New Wave and should of been on the debut album. Got a Devo feel to it with Ian Curtis like vocals, a great rare B-side. 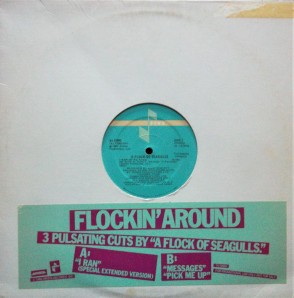 From 1987 and the 2nd single off “Kick” remixed by  Francois Kevorkian and Michael Hutchinson who do a decent job, adding a few extra elements but keeping you interested.

“On The Rocks” is a sleazy, late night jazz instrumental track. Plenty of synth horns and real horns. Part of this song was also included in the Video documentary “In Search of Excellence.” 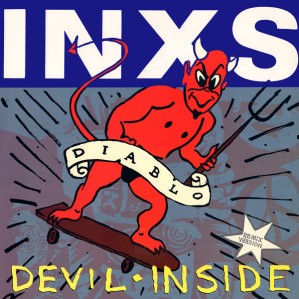 Also from 1987 and going more synth orientated with a definite dance funk edge we have Sydney-based Machinations. Mixed by Oz DJ Pee Wee Ferris with plenty of edits this was from their final album, “Uptown” produced by Andy Wallace.

The other tracks are more “band” sounding. “Looking….” has a mid groove with some loud keyboard riffs, Yamaha DX-7. A bit like a darker Kajagoogoo to my old ears.

“Done” is a bright, dance/funk track derived from the A-side. Prefer it to the main mix, nicely extended with some great horn work. 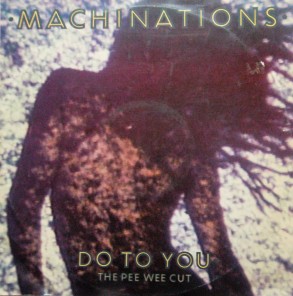 From 1988/9 and Pseudo Echo had grown their hair and embraced rock…..Gulp!! (Christian Rock?!) for this their third album. Moving with the times it seems.

Produced by the band with Julian Mendelsohn it does have a Stadium feel to it, Van Halen anyone ? Lots of guitar solo’s, I bet the original fans were gobsmacked! There is evidence of some decent song writing but cringe-worthy lyrics, there is still some synth in there somewhere. But…. 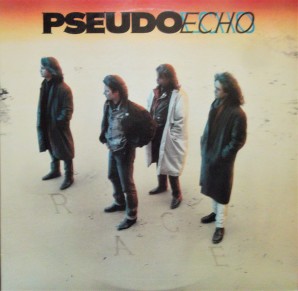 Big drums from March 1988, getting a bit of a The The vibe about this but with a female lead. Roli Mosimann (Swans) provides the percussive heavy mixes on this massive Club Hit, from the album “Bonk.”

Like a rocky Stomp and certainly has aged very well!

Nick Launey provides the “Popper Mix” but it has that 80’s sampled bass which immediately ages it , shame. 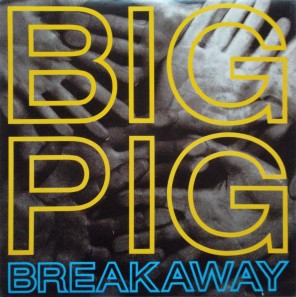 From 1988 and back to some Rock with the iconic Jimmy Barnes. Country tinged rock given a Bob Clearmountain remix. Powerful, distinct vocals, belted out! 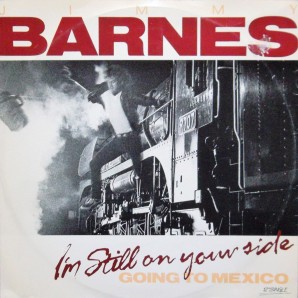 From 1987 and the rap part called “Mediate” which works a lot better than the later mixes. It was mixed by Bob Clearmountain and Chris Thomas with the “Mediate” bit sounding very Tears For Fears. 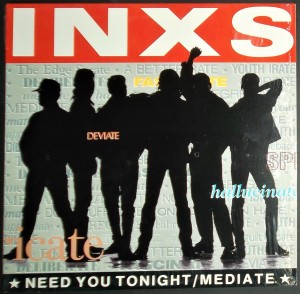 Some more mixes of an earlier release by Big Pig. More of a Hoe down with synths. Mosimann does the remix. It has harmonica as well plenty of drums.

Nick Launay does a better job on the other B-side mix, going all proto Techno in the middle via some World Music – inventive. Sonic Boom Boy!! 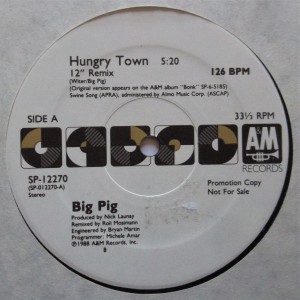 1988 and a rare remix of this massive track by INXS from er… Nick Launay. Plenty of new gimmicks as he plays around adding over dubs, drop outs and generally showing off. A good “alternative” listen for people who know the original.

Another weird B-side with an introduction to Spaghetti Western then going into James Brown via Monty Python. Sampling “I Need You Tonight” as well as loads more random samples. 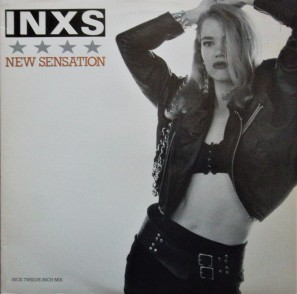 As usual the US version has some additional mixes from this nice slice of Soulful House from 1991. Musto And Bones take control, adding some funky keys and adding Club depth to the Subterranean Mixes.

Sonique distinctive vocals are on the bonus track which has more of a Tech house feel to it, less Pop House and more a return to form. Paul Gendler adding the wah-wah guitar an old skool classic.

Here is a link to the UK version 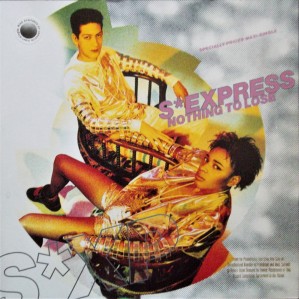 This was going to go into tomorrows Oz post but I could not bring myself to put it there but bring this 1988 release here, a proper Silly Sunday Song.

A synthpop cover of Little Eva’s classic rejuvenated by Phil Hammond. Sounding very Erasure in the backing too. The “Kohaku Mix” seems to be using a Dead Or Alive backing. 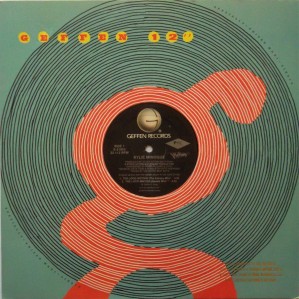