Michael Hutchence dipped his toe into the dance scene, teaming up with fellow Aussie Ollie Olsen and releasing an album and a few singles as Max Q in 1989. It did become a bit of a Club hit thanks to remixes by Todd Terry and Mark Harder for the US releases and Paul Oakenfold and Steve Osbourne on the UK releases. Still stands up to a listen today, those strings on the Land Of Oz Mix are to die for, especially on the instrumental mix. It uses the bassline from Seduction’s “Seduction,” released the previous year in 1988, haunting. Terry adds funky guitar to a solid house groove, guess the American’s wanted an INXS link and for completists there is not much difference between the two “Rock House” mixes, you do get a rendition of Gershwin’s “Summertime” by Hutchence on the “Extended Mix.” A couple of bonuses are stand alone, B-side “Love Man,” cut up sampling and funking it up with a bass heavy groove and some freestyling. My favourite is the “Ghost Of The Year” which does sound like INXS, acoustic guitar with synths and dance beats, an interesting mix.

Next up we have Andy Gill (lead man and guitarist from Gang Of Four) who had a brief dabble of going solo. Another rare 12″ from Mike. From 1987 and a bit of a clash of styles going on, heavy guitar, synths, funked up bass, drum machines and his distinct vocal delivery, quite Gothy in places AOR in others. Starting with sound of train and then the layers of electronic percussion but not sure about those vocals!

B-side, “Genuine,”mixes up the genres and has a heavy Bowie influence, again remixed with Alan Moulder. Better than the A-side.

So a small, brief series of artists from Big 80’s bands going solo after the band had disappeared or taking  “time out” from the band. 7 times out of 10 they end up sounding exactly like the band they were from with just a few exceptions.

First up is ex-drummer from The Clash, Topper Headon. He has featured on my blog a while back with the big band sounding “Drumming Man” from 1985. This later release from 1986, provided by Mike, see’s him go more commercial.

So a funk offering is served up , Jools Holland would love it! With a host of well respected session musicians. On soulful lead vocals is Jimmy Helms (who went on to form Londonbeat) Guitar was Bobby Tench, (Humble Pie, Streetwalkers) and keyboards Micky Gallagher (Ian Dury & The Blockheads) Produced by Jeremy Green. The Dub Mix is quality if you’re just after some instrumental funk, modern Northern Soul.

“You’re So Cheeky” is a soulful B-side, coming on like The Miracles “Like A Love Machine,” with Topper on vocals and drums. Produced by Jimmy Helms and Jerome Rimson 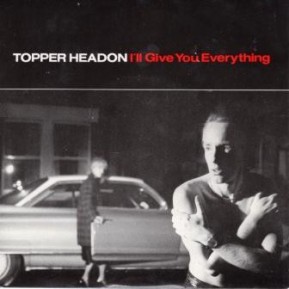 Apologies there is some Smithereens on here “Behind The Wall Of Sleep,” which happens to be on here in a live version. So more Smithereens from 1986 with this being guest vocaled by Suzanne Vega. Laidback and quite jazzy, ideal tune for the barbeque. As well as “Behind The Wall Of Sleep” you get another live version of “Beauty And Sadness”- they did write more songs! 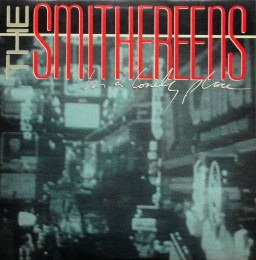 A promo from Mike now from 1986 and a couple of rare mixes of Big Country. This was the 3rd single from the album , “The Seer”. So “One Great Thing” gets an electronic injection from Walter Turbitt, saxophone playing the bagpipe bit, and synclavier all over it, nothing like the single version in the vid. I bet Big Country fans were shocked when they heard this!! “Look Away” is cleaned and glossed up again for American Radio Stations (KROQ et al) it even has a horn section….different but bearable!! Normal Big Country appears as the B-side “Song Of The South” Robin Millar produced and a song about apartheid. 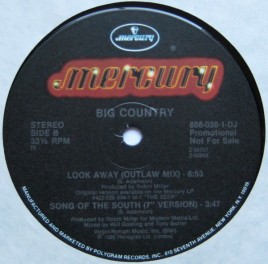 Some guitar stuff from 1986 now and a debut on this blog from American Indie Rock band,  The Smithereens. Lead songwriter, Pat DiNizio (vocals & guitar), Jim Babjak (guitar & vocals), Mike Mesaros (bass guitar & vocals), and Dennis Diken.(drums & percussion) The main track has a bass rumbling intro and rocks out with a bit of the 60’s in there and a fledgling Nirvana busy taking notes  Instrumental ,”Mister Eliminator” is almost surf punk and should be on a Tarantino soundtrack. “Beauty And Sadness” was recorded live at the Cat Club, New York City, 28th May 1986. An early track that tips its hat to the Beatles. 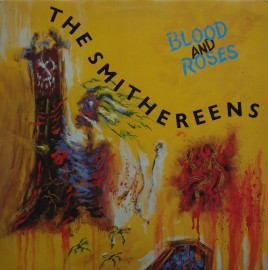 Still in 1984 and the Stephen Hague produced “Hey ! DJ” by Malcolm McLaren collaborators the World’s Famous Supreme Team (Just Allah – The Superstar, See Divine – The Mastermind) Another attempt to bring Hip Hop to the masses it does seem a bit overproduced, you can tell Hague had a hand in the production, very ABC in places. Backed by the much better “Instrumental Version” (really a dub mix with some scratches) 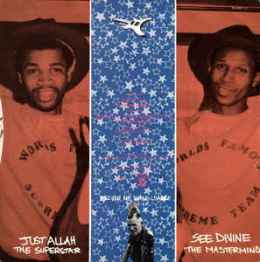 From 1984 and some poetry with a synth backing, Anne Clarke speaks over a pre-Detroit techno backing about apocalyptic stuff . Groundbreaking, (KLF nicked the riff for “What Time Is Love?”) the music was by electronic whiz, David Harrow, who collaborated on most of Clarke’s stuff. Here in the original remix it was later re-released in 1997.  The B-side is an atmospheric, piano led piece, the keys are provided by Virginia Astley. All tracks were remixed at William Orbit’s Guerilla Studios.

From 1985 and sees Alain Jourgensen work with Adrian Sherwood. Starting to move the musical direction into darker territories after the relatively poppy earlier singles, the sleeve is even darker. The main tracks offers a frenetic and funky backing alongside an industrial beat with some interesting sounds and that weird vocal ??? The B-sides are much more industrial, Sire Record bosses must have pooped their pants! “Isle Of Man” is twisted synth reminding me of Fad Gadget, great stuff, an early industrial gem about the environment!”Twitch” has random sampled sounds,very noisy!

From 1984 and off their album “The Orange Juice” some indie grooves on an “Extended Version” of the tuneful “What Presence ?!” Produced with Phil Thornalley (Johnny Hates Jazz and The Cure former member!) It has guest bassist Claire Kenny (Amazulu) and extra harmonica from Judd Langer. Laid back grooves backed by a short dub version of previous single by dub meister Dennis Bovell. Come on Summer, hurry up!!!