From 1988 and a bit of Hi-NRG synthpop from Dead Or Alive that was massive in the US and Japan (where it was Number 1 for 17 weeks!) Typical late 80’s production although there is an unusal breakdown effect mid way through this 8 min + mix. B-side is the PWL instrumental mix of “Something in My House” with no Pete Burns vocals at all which makes it hardly worth it. Dancey but dated.

Some classic French Synthpop from 1988 and this unsung gem. Three great tracks along with a remix of “Voyage Voyage” from PWL (Mr Waterman will become a bit of a theme over the next few posts)

The title track is remixed really well, keeping the melancholic Frenchness but with a more complex beat.It is sometimes called the “London Mix” remixed by Les Adams (L.A. Mix) Sung in French ,by Claudie Fritsch-Mentrop, it is apparently about everyman, a man called John who died in a fire in Bagdad 1000 years ago and something to do with the energy of that moment ( metaphysical synthpop!) The other B-side is from 1986 is quite clubby and my favourite, I’m sure the band Air did an updated version of it. 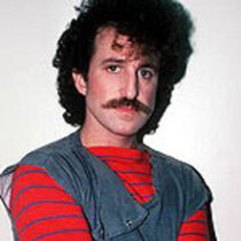 Well Movember has nearly finished and what else to big up this great cause (although mine is beginning to itch and annoy) is this synthy classic from American Matthew Wilder. From 1983 and sampling some Jamaican Steel drums this light, breezy track benefits from the remix treatment found on this 12″ (the dub on the otherside although shorter is also quite good if you like Simmons air-drumming!)

Jaw dropped when I discovered who was on this. Another disco track on the Radio Shack label and some risque lyrical comment from Gay icons, Village People. From 1985 this was taken from the fifth and last album. The BBC banned the song because of its content – credit card dirty phone calls. It’s quite good borrowing a lot from Billy Ocean’s “Caribbean Queen” in terms of bassline. The club versions are quite a bit quicker and the instrumental is a nice 80’s funk track by itself. Be aware it’s a bit catchy but shouldn’t be! 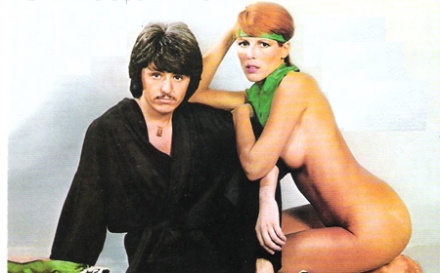 French synth player (not Jarre!) and disco evangelist (Supernature anyone?) released this in 1983. Martin Rushent would of given a nod of approval to the mix of synth and disco, especially on the instrumental mix. Friend of Georgio Moroder this is the Ian Levine (Mr Hi-Nrg)  mix on Record Shack label, recorded at the famous Trident Studio’s. There is even a prog rock synth solo for you to eulogise over!!! 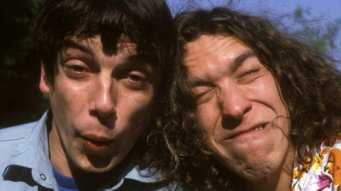 Eccentric could be a way to describe them. Bentley Rhythm Ace (BRA) were certainly wacky and did not take themselves too seriously. This 4 track twelve recorded from vinyl (Like all of the stuff on this blog) is a good taster and insight into the minds of these mad men. Formed by ex-members of EMF and Pop Will Eat Itself they were in the first wave of Big Beat that came out of Brighton in the mid 90’s and this was the 8th record on the legendary Skint label. It was later picked up by Parlophone and rereleased to TOTP success.

Everyone knows the main track, it’s the others that are of more interest. “The Spy…” uses a BBC Radiophonic track(John Barker’s “Brio” to be exact)  as its main sample along with some big drums and stabs of Rave. “This is…” is short, sweet and frenetic. Jungle meets Jazz with added Sea Lion! Stand out track “Why Is Frog?” is house led and different from the album version, lots of squelchy acid samples/overdubs! 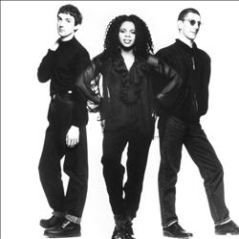 Getting the heads nodding now with some dance stuff!

Scotland’s answer to Soul II Soul and famous for their U2 cover of “I Still Haven’t Found What I’m Looking For.” This promo was released in 1989 and funks up the album track. Pauline Henry provides the vocals, what a great set of lungs. Mike Peden and James Locke made up the rest of the trio. This was the extended remix by Frankie Foncett and is based around a sample of Edwin Starr’s 1973 “Easin’ In.”  Linking with that Soul II Soul connection their Reggae Philharmonic Orchestra appears on this as well as Simon Law on piano. 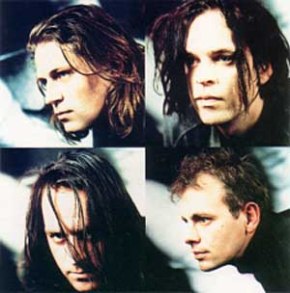 nds and taking the name from the famous Doors album. They actually made up fake English names (Blue Woodstone(?), Dick Davis, Eric Mason, Jay P. Simms, Edward Manning, June Wright and Sukey Miller- obviously some are more convincing than others!)  to try to muscle in on the guitar pop resurgence in England. This was their debut release from 1991 and is an interesting 4 tracker. The title tracks sounds a bit like Talking Heads (via Flaming Lips) with some added trombone! “Cry All Over Me” has a gentle 60’s sound to it, showing that Doors influence. “Lou Reads Books” is just mad, psychedelia that the Polyphonic Spree would nod in agreement at. “Heart and Sunshine” is a lively, live jam and finishes this excellent little vinyl gem.

Proper Madchester stuff now from 1991 and the second single by The High. Comprised of ex members of The Stone Roses and Inspiral Carpets it is suitably dreamy with breathy vocals. Legendary Factory producer, Martin Hannett, did some of his last production work with them before his untimely death in April 1991.This 12″ was produced by John Williams (Housemartins, Blancmange, Simple Minds!) Overlooked by people who thought they knew the scene just from The Roses et al they had a distinct etheral quality, their sound crystal clear but understated. B-sides include a tabla infused mix of the main track (Williams Blancmange connection perhaps?) and reminds me of 80’s guitar stuff in a very good way!!! “Make It Happen” has the psychedelia stamp on it and rounds off a tasty and rare bit of vinyl. 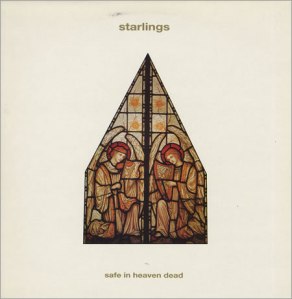 More indie guitar stuff with this 1991 release on Dave Stewart’s Anxious label. New Zealand musician Chris Sheehan , along with drummer Barry Blacker and bass player Matt Parkin produced these love songs ,ever so slightly tinged feedback  that feel like a midway between Jesus and Mary Chain and Primal Scream. A four tracker with the baggy dance of “Please Stay” the stand out track for me all live precussion. More snarling vocals abound with the lead track “The Angels Share” reminding me of the Pixies. “Thames Eternal” sounds New Orderish with the fuzzy feedback giving a unique , grungy sound! The title track whispers semi acoustically but is over far too quickly, so loads of Pigeon Holing going on!!