Continuing on the protest record theme, we have this from 1985 rallying against Artists that played South African resort, Sun City. Formed by Springsteen stalwart Little Steven and producer Arthur Baker, it was about an interracial gambling resort located in a Bantustan, an “independent” area supposedly ruled by black Africans which was in the middle of an impoverished rural homeland, a front for Apartheid. A diverse selection of artists were assembled but it got little airplay in America.

As a track it uses all the electronic wizardry of the time with some overdubs of Van Zandt’s guitar. Very funky and electronic the dub version even credits Keith Le Blanc for Emulator Overdubs!! It does sound a bit influenced by Art Of Noise and is over 12 mins long! 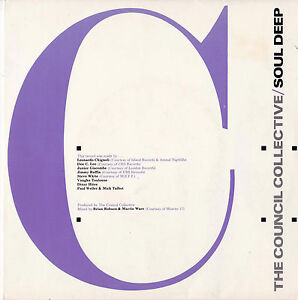 The current fracking debate made me think about the Miner’s Strike of 1984 and a quote from a striking Miner that there was enough coal in the UK for it to be self sufficient for generations then Thatcher shut everything down and looked at the “greener” solution of Nuclear Power??

The issue with fracking like everything to do with power production is the pollutant waste. Fears for the future V Need for energy, in the end it’s all about money and who holds the energy infused strings. There is currently a protest near me, people fearing the environmental effects and companies rubbing hands over the gold mine of trapped gas over at Barton Moss, encouraged by the current government.

So Mr Weller and Mr Talbot got some mates around and decided to release a protest/charity record regarding the Miner’s Strike of 1984 (wiki it!) The David Wilkie footnote is acknowledged on the sleeve notes making it a call for peace and solidarity. The record featured The Style Council plus a number of other performers, notably Jimmy Ruffin,Junior Giscombe,Animal Nightlife and Heaven 17.  Musically it’s a very synthy,funked-up bit of protest. The B-side is a 15min + interview with 2 striking miners, spoken word and an historic footnote into early 80’s Britain, very poignant. From the sleeve…….

“The Aim of this record was to raise money for the Striking Miners and their families before Xmas but obviously in the light of the tragic and disgusting event in South Wales resulting in the murder of a Cab driver, some of the monies will also go now, to the widow of the man.
We do support the miners strike but we do not support violence. It helps no one and only creates further division amongst people.
This record is about Solidarity or more to the point – getting it back! If the miners lose the strike, the consequence will be felt by all the working classes. That is why it is so important to support it. But violence will only lead to defeat – as all violence ultimately does.”

Back to some dancey stuff from the late 80’s, 1989 to be precise and this cover of the Chic classic “I Want Your Love” remixed by Arthur Baker. It proves the ex Frankie Goes To Hollywood backing singer/dancer did have a voice. More interesting is the acid house classic , “Get Real” in all its bubbling glory, a masterpiece produced by ABC members Martin Fry and Mark White!! “Pushed Away” showcases more of his soulful voice with a downtempo,far eastern influenced track.

Finally some leftfield , feminist trip-hop from 1991 by ex model Leslie Winer under the guise ©. Very “Fluffy Clouds” like in the spoken delivery over a deep dubby backing. Ex- Adam and The Ants member Kevin Mooney remixes both. Altogether weird, ambient and interesting

On with more female orientated stuff

Lena Fiagbe was tipped for big things in 1993. Signed to U2’s Mother Records her debut album “Vision” spawned some success but after that nothing. A talented singer-songwriter this was her breakthrough track. A gospel flavoured piece of pop dance originally produced by Martyn Ware. The 12″ includes some beefed up House mixes by Paul Gotel, can’t say I have an abundance of Funky House stuff!! A bit too much like “What’s Goin’ On?” in retrospect.

The forgotten 3rd single off the groundbreaking album “Raw Like Sushi” this all about coming of age and relationships. Easily able to rival Madonna at the time and probably inspired Alicia Keys, it all went a bit pear shaped (or baby shaped as she soon became a mother) after her first album. The Puerto Rican intro is here on this excellent remix from David Morales. The extended album mix is here as well with all the sctatched overdubs. “Buffalo Blues” is very R&B with a speaker shaking beat, I prefer this to the A-side. Warning – Is a bit crackly

An occassional series where I put together a mix of female vocalists to balance things out.

This was her second solo single released in 1984 and off the album “Alf”. Steve Jolley and Tony Swain keep the synths sounding whilst the gospel, bluesy influence is maintained over on the flip “Steal Me Blind” (I’m not quite sure why it was titled an extended version!)The other extended version is much better, adding extra’s to the song, although the synth do sound bland.  It’s all about that voice!! The Adele of the 80’s.

Love this from 1991, proper electro funk and no messing! Doug Wimbish (bass), Keith Leblanc (percussion) and Skip McDonald (guitar) and producer Adrian Sherwood. This was released on his own Blanc records and is a great example of electro funk (Prince-ish?) The track “Overload” is the ace in the pack, with spoken vocals by Andy Fairley, and its industrial beats. “Videohead” is a lost track with the driving layered precussion, with the vocals of Bernard Fowler giving that street-edge. Not a lot of this on the web so enjoy!

I was into the label Play It Again Records in the late 80’s early 90’s and bought stuff on it even though I had no idea what they were like ! New Fast Automatic Daffodils was one of these bands when I bought their album “Pigeon Hole” The lead single from this was “Fishes Eyes” a baggy classic from 1990. All mesmeric precussion (by Icarus Wilson – Wright) and funky basslines, this has dubious lyrics (Fishes Eyes in the Urban Dictionary anyone?) and hypnotises for you for 6 mins. Slow Bongo Floyd provides the remix for the “Underwater” giving it a more chilled vibe with added keyboards. Instrumental track “White” keeps the groove going.

The joys of running a vinyl only blog is discovering that rare mix or obscure b-side, especially if it was before the advent of CD or so obscure it was only released as a 12″ Promo. The pitfalls are the quality of the vinyl ! Crackles, pops and surface noise are part and parcel of this blog. I try to repair most large clicks but the essence is vinyl, not a pristine CD copy , my conscience thinks that would be stealing from the artist, and to be honest they need all the royalties they can get!!

So onto this from 1996, a bit battered but worth a share. A 4 tracker with production from John Fryer. The title track is an epic, borrowing a lot from Dep Mode “Home” power ballad. More interestingly it has the 2 mixes by Luc Van Anker (RevCo/ My Life With The Thrill Kill Kult) of previous single “Shame” (in relatively good condition) This is great example of the industrial dance stuff that was around at the time and reminds me of the best soundtrack to the worse film, “Spawn” The other track , “Falls Apart” gives a trip hop vibe the extra crackles adding to the haunting atmosphere.