Compare and contrast with this early Level 42 release from ’82 /’83. Two versions and a variety of mixes. With John Luongo getting his hands on the U.S. twelve for a very different, rarer mix with plenty of synth and a more pronounced bassline.

Real instruments and more funk that you’d get in a whole crate of vinyl.

The UK 12″ had the added bonus of a live track “88” with plenty of crowd participation and more of a jazz / funk sound. 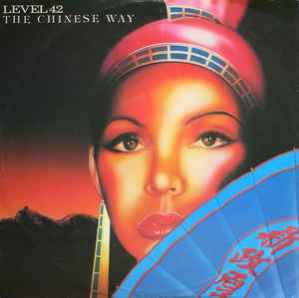 To celebrate the 50 years of Apollo 11 mission to the moon (and an undying memory from March of a club in Berlin singing this together as one of the last songs of the night, in perfect English I may add!)

John Luongo provides the mixes bringing out the sequenced synths and punchy guitar (Armin Sabol)  and bass (by Günther Gebauer) over the drums (by Curt Gress) and extended nearly to 8 minutes. The instrumental sounds like The Police in places. 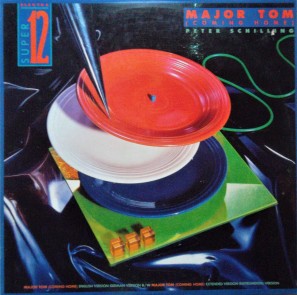 A release from 1986 by Cuban, Ismael Angel Ledesma. Who was in disco group Foxy and  Produced with a freestyle vibe by John Robie.

A soulful track with more than your usual dose of synths and jazz over tones over some Prince – style vocals. The John Robie

Bonus track is a synth funk version of  George Gershwin’s ,”Ain’t Necessary So.” with additional vocals by Terri Nunn from the band Berlin. All sampled horns and synth bass, better than the A-side. 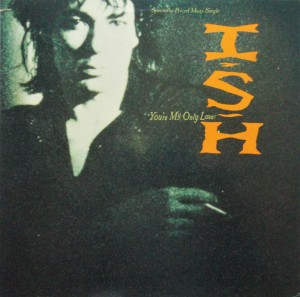 From 1989 and some harmless synthpop from Canadian duo Kon Kan. Sampling “White Lines” and Salt ‘N’ Pepa – My Mike Sounds Nice referencing Blondie’s “Tide Is High”, it was taken from their second album “Move To Move.” With great backing vocals from Debra Dobkin, Jon Lind, Julia Waters and Maxine Waters.

The “Deeper Underground Mix” is quite a punchy, early House cut in an Inner City style.

Goth Rockers , Flesh For Lulu released this in 1987 from the LP “Long Live The New Flesh”. Produced by Mike Hedges and mixed by Michael Frondelli and hopefully getting the success the Furs and Idol had over in the States.

The song is improved by the remix by Justin Strauss and Murray Elias, separating out the arrangements. However, the Dub is a proper dub with snippets of vocals and dropouts.

“I’m Not Like Everyone Else” is a cover of 1966 Kinks track and self produced by the band and a great vocal performance by Nick Marsh. 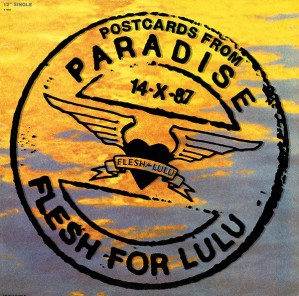 From 1984 and now developed into a bonafide “rock” band. From the album ” Their label Statik Records was The Chameleons label. Whilst Dave Allen produced “The Head On The Door” for The Cure a year later.

At least the 12″ version brings the synth out in the mix. A clearer mix and far less rocky. Thank God for the 12″, although it does sound like Midge Ure’s “If I Was”!! 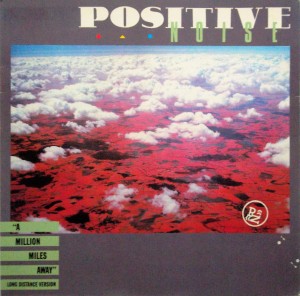 With his cockney, Weller-like vocals, Johnny Whetstone (and a small smattering of synths – normally used in the bridge) The Look released their debut LP in 1981. Completing the line-up with Whetstone on vocals and rhythm guitar was Mick Bass on keyboards and lead guitar, Gus Goad on bass and Trevor Walter on drums and percussion. After initial success they disbanded in 1983, reforming Spinal Tap-like in the early 2000’s

So it is quite a Mod sound, plenty of organ with production by Adam Shadlock. The debut (and hit) single “I Am The Beat” is here along with a dozen songs offering a decent variety from a very difficult to get hold of LP

Quirky track of the album is a cover of Bernstein and Sondheim “Tonight,” it was a released as a single but never charted.

A slow ballad, “Your Dreams, My Dreams”, features guest synth by The Enid’s Robert Godfrey, giving it a Vangelis sound to it.

More from Brilliant (I’ve refreshed all the other posts from them) with more rocky funk from Youth, Watkins and Cauty.

A stand alone single from October 1984 and produced by Zeus B. Held. Layered beats and funky bassline over a great female lead vocal (June Montana??) and shades of Frankie’s “Relax” – Power funk.

Semi-Instrumental B-side “Cut Price” shows some early sampling techniques with some solid drum machines and a sampled bass  and treated funk guitar. Twisted funk way ahead of the game,

Some Moroder inspired Euro Trash from Fun Fun from 1984. Italo Disco from Spagna and her two mates Antonella Pepe and Angela Parisi, bizarrely hired models, Francesca Merola and Roberta Servelli, were the on-stage faces for the group

Produced by Dario Raimondi and Alvaro Ugolini , giving it a hi-nrg , synthpop sound. This became a club hit in America and reminds me a bit of League’s Dare sound going into Erasure’s “Chains Of Love.”

Off kilter Indie dance, punk funk with added vocoder. From the ’83 LP “Close To The Bone. ” recorded at Compass Point studio’s in Barbados.  Typically Tom Tom with weird sounds and Tina Weymouth’s distinct vocals and ace bassline with the rhythm section of Chris Frantz. The long version is your definite effort. The Dub version is very different, more keyboards and a slow build – up and no vocals at all.

“Art-dance” at its most prototype.