From 1985 and the US twelve of “Things…” Catchy as a catchy thing I did always have a problem with this kind of Howard Jones, he never really used many interesting sounds on his synths, it all seemed like safe,  factory presets.

Previous singles are here retouched for the American audience, “What Is Love ?” is the same as the UK 12″, naughty Howard!

A Small But Perfectly Formed Set Of Requests… 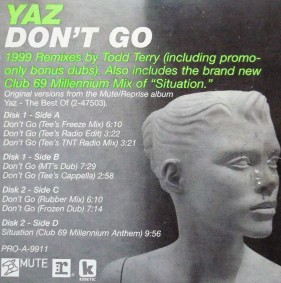 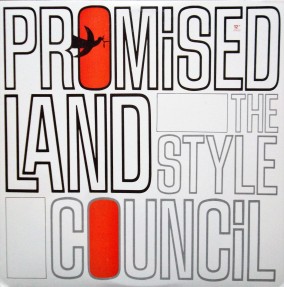 The Jacksons ‎– Time Out For The Burglar (12″ Extended Version) For DJ Macclaud (Enjoy fellow DJ!) 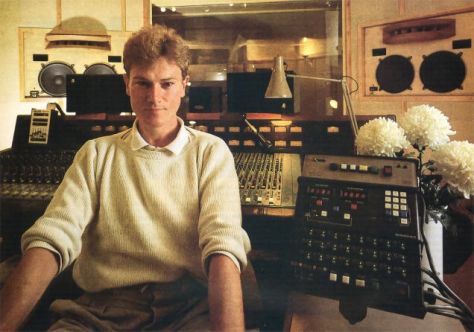 From 1983 and from the LP “The Golden Section” this was, in terms of duration, a long single (just over 5 mins) and it probably suffered because of this in terms of chart success.

It was produced with Zeus B. Held with Tim Palmer engineering. The 12″ starts off with the electronic drums of Wix (Paul Wickens) who along side Zeus also provided additional keyboards and it’s my favourite Foxx 12″, I think it’s the ethereal quality of the guitar and piano mixed with the hard drums, amazing stuff for ’83.

The B-side is a similar to the LP track “Running Across Thin Ice With Tigers” without the dramatic ending, the unusual slap bass sound and the interplay with the guitar (Jo Dworniak and Robin Simon) give it a old Ultravox sound.

This is quite rare judging by what it goes for on discogs (£30 which is probably half in real life!)

This was there debut, as New Wave as New Wave could be! But a classic case of a band signed to a major and soon being dropped through lack of commercial success.

The A-side was produced by Steve Brown whilst instrumental, “Breaking Through The Clouds,” was produced by Martin Rushent. Plenty of guitars, a bouncy bassline and some small Rushent effects are thrown in.

Getting even more obscurer with this, the very last release from Jimmy The Hoover (they only released 3 things!) A pumping piece of synthpop with a B-side of early Proto House beats, it was released in 1985, two years after their one hit wonder “Tantalise” – link below.

Produced by David Motion and mixed by Martyn Webster (remixer of I’m Talking and ABC) it’s good electronic stuff with a hooky riff. Not sure about the subject matter?

B-side is an instrumental but sounds very ahead of its time for ’85.

In 1984 Mark King decided to branch out and did a solo mini album called “Influences”, the B-side was also from the album.

Here he covers Cream’s “I Feel Free” , a decent cover if a little strange with all those layered vocals and rocky guitar (also played by King). I think Angus “Drummie Zeb” Gaye from Aswad did some drums on this.

The B-side is a jazzy instrumental with a few weird keyboard noises (John Shuttleworth?) and some saxophone by Gary Barnacle. Produced with Jerry Boys (Steeleye Span’s producer) it shows that King had not forgot his jazz origins. 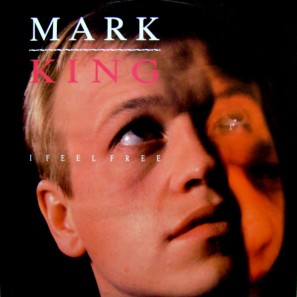 I try to do the occasional review of  local bands so if you could kindly lend me your eyes and ears to the retro guitar sound of new Manchester band , Weimar. (Aidan Cross – Vocals/Rhythm Guitar, Johann Kloos – Lead Guitar, John Armstrong – bass and Anthony Edwards – drums)

From the official press release

A four-piece Art Rock band based in Manchester, release their debut single, the double A-side “John Doe/Curse the Songs” on Friday 1st February. Both songs have been produced and mixed by Simon ‘Ding’ Archer of The Fall, Pixies and PJ Harvey fame. The single will be released digitally by German Shepherd Records and physically by Weimar’s own label Marlene’s Hat. Its release will be accompanied by a special launch gig at The Eagle Inn, Salford, at 7.30pm on Friday 1st February with support from Sticky Pearls, Dominic Carlton Jones and Geneviève Walsh.

Weimar have played regular gigs on Manchester’s underground circuit since 2017 and have been included on John Robb’s Louder Than War’s 50 New Bands for 2019 list. Their music incorporates elements of Post-Punk, Indie and Experimental Rock together with touches of Cabaret, Chanson, Alt Folk and Dark Circus. Aesthetically and lyrically they take influence from historical and cultural sources, basing their image and outlook around the German Weimar Republic of the 1920s. Their songs are preoccupied with the seedier side of culture and the darker elements of humanity, and the need for cultural and artistic rebellion in the face of political oppression.

“Probably the most important band since Magazine to hit the Manchester scene” – Bob Osborne, Aural Delights

Frontman Aiden Cross contacted me to review their double A side debut release, a familiar face on Manchester’s Alternative scene and I’m sure our paths have crossed on a variety of dancefloors; he can throw some mean shapes!

“Curse The Songs” has elements of Nick Cave and a bit of The Fall amongst the frantic strumming as it literally explodes into life with the lyrics being spat out like bullets from an Uzi.

“John Doe” is a more calmer, moodier track with Cross’s vocals coming across like Bauhaus’s Pete Murphy. Some excellent guitar interplay between bass and lead can be heard. A detective story put to music.

Their album could be an intriguing listen. 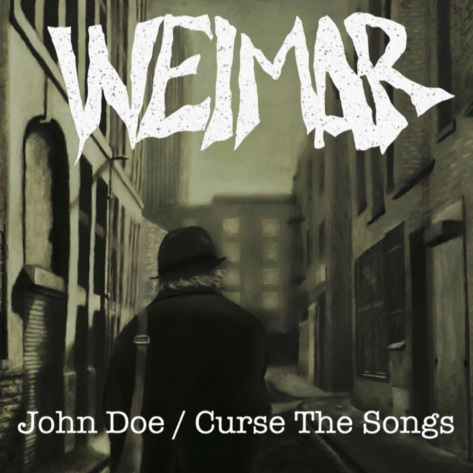 The Great Man did some odd tracks. From the 1986 film “Labyrinth” (a fantasy film by The Muppets creator Jim Henson which starred Bowie) this featured on the Soundtrack. Produced by Bowie and Arif Mardin and with mixes by Steve Thompson And Michael Barbiero and did not get a UK release. From Wiki

“Bowie performed the baby’s gurgles in the song, as the real baby who would have provided the sounds wouldn’t gurgle on microphone”

Why am I getting that “Baby Shark” song in my head when I listen to this ?

The B-side is again from the soundtrack, “Within You”, a power ballad and all quite sensible!

Follower Kevin requested some Silencers last week and I knew I had more than what was published here.

So from 1988 is this twelve in crispy final reproduction and from the LP “A Blues For Buddha” Folk Rock as you’d expect.

Dreamy, ambient B-side “My Love Is Like A Wave / Razor Blades Reprise” as well as a bluesy stomper “Not Quite The Blues / Overboard”

Categorized as synthpop on Discogs!!! 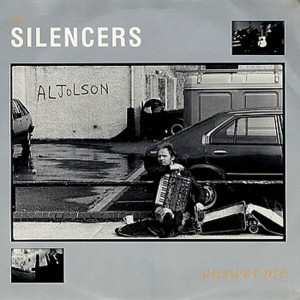 A 1987 release recorded for the movie ‘Dogs In Space’. This see’s him team up with producer and muscian Ollie Olsen. A riff by guitarist Dean Richards and a loud rocky remix by Nick Launay (INXS producer) Haunting but excellent.

The B-side is a Garage Rock thrash out, interesting! It’s a cover of a song originally done by The Ears.

Listen to the Voice of Buddha! 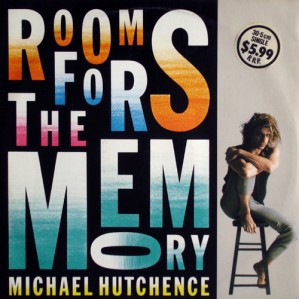 Taking a break from Mental As Anything Plaza had a dabble at a solo career and a slightly dodgy cover 🙂 The Full on Mullet took on the original from Unit Four Plus Two back in 1965. All sampled brass and studio trickery on this 1986 release. I prefer the funkier B-side “I Could Be So Good”, more Robert Palmer sounding than Russ Abbott (which he does on the A-side)

“New Suit” sounds a bit more like The Mentals, catchy but those lyrics ???

The main track is okay with its mix of rock and synth led funk. “Underground” is follows a mid era OMD synth and closer goes all electro Prince with a big bass synth fighting a Hammond organ. Shame about the rest. 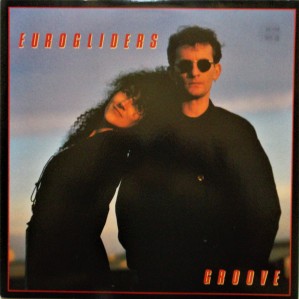 All new to me as is this track from 1985. From Melbourne, Kids In the Kitchen were just establishing themselves. (Over)Produced by Mark Berry and mixed and engineered by Mac McKensie gives it that Duran Duran/ Spandau Ballet sound.

All geared for the clubs, the “Bonus Beats” thumps along and just acts as the mixing tool it was supposed to be.

The “String” mix is far more refined, I do like the bass but I’m a sucker for a string arrangement, shame the vocals have been left out! 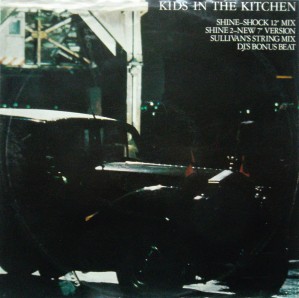 It’s very precise and engineered but it does have a great song under it all.

B-side is a typical piano intro-ed Power Ballad. In fact it is a cover of an old Cold Chisel song ( a band he was in with Jimmy Barnes) 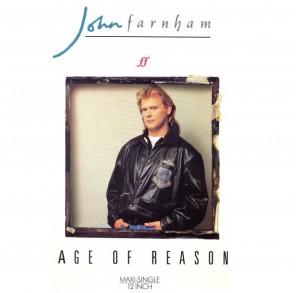