Some soulful dance from 1984 and this cracking 12″, okay it’s slightly cheesy but the production is very polished. It has a pinch of Kid Creole to it and does sound in places like “Southern Freeze” by Freeez. Made in the UK this is a great remix, plenty of synth stabs. The B-side instrumentals are unusual as they each showcase a different musician. First up is a rather splendid trumpet led version featuring Tom “Funkin’ In Jamaica” Browne. The other features the groovy flute of Randy Muller and also being produced by pioneers, John Morales & Sergio Munzibai.

Something from the late Mr. Falco now, from 1986 and off the album of the same name. Taking his unusual rapping style to new heights this was from the Austrian who brought you “Rock Me Amadeus.” Here with a very American influenced, almost Do Wop style with the backing vocals, but with the usual electronics. A slice of Plastic soul. Here with 3 long mixes on quite a rare 12″ it seems. Fans either loved it or hated it but the main mix was provided by the meister, John Luongo

Guilty Pleasures time and also giving me a bit of time to figure out how Audacity and Windows 8 work together on my new laptop!!

Jim Diamond was a Scottish singer-songwriter who was discovered by Alexis Korner and had a stint in the metal band , Bandit.

Famed for the Ph.D classic , “I Won’t Let You Down” with it’s big synths, this effort, from 1984 was a number 1. Absolutely massive in Latin America, the ballad has the immortal AYAYAYAYAYAYAYAYAYAY line and I guess I like it because of the weird, unique voice and also getting a snog off it when I was at the youth club.

The B-side is the reggae influenced , “Impossible Dream” which does have some hidden synth going on in the background. Not bad track either!!

No extended versions or remixes, what was the point of buying the 12″ !!!

Even though this was at the end of their success, Lennox and Stewart could still put together a memorable tune. From 1988 and with remixes by Alan Moulder. (Dep Mode, Placebo, Arctic Monkeys) Great vocals (just check out the live, acoustic version) and some added electronics on the extended dance mix. This was off the neglected album , “Savage” , which is well worth a relisten and part of a trilogy of songs about relationships, the other 2 being “Beethoven (I Love To Listen To) and “I Need A Man” (the 12″ I’ll repost if I get a request/or comment…hint…hint) B-side “Do You Want To Break Up? (Dance Mix)” is given the full Moulder treatment and is a rare find.

From 1988 and rare stuff from a Manchester Indie/Goth Band. Shout Bamalam, they contained members of The Fall and Marc Riley’s Creepers. On a more personal note my mate Alan used to know the singer and had a few run-ins with him in his youth!!!

The promo video was taken in the long gone International 1 venue where a young Nirvana would play a few years later!!

Yes, it’s a cover of T-Rex’s classic , faithfully reproduced with a slightly darker edge. Other tracks include “Recognition” which does sound (and probably) like it was was recorded in a bedroom in Hulme showing mutant funk sensibilities. “Doppel-Gang” sounding a bit more punkier.  “Stirred” is my favourite with it’s electronic precussion and OOH’s and AAAAH’s synth, predating the Madchester sound. 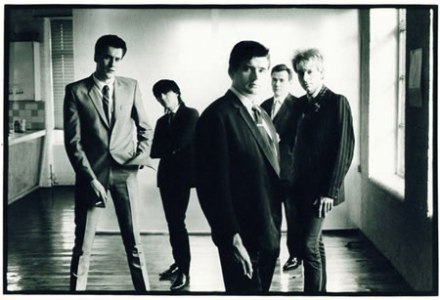 Back to the 80’s now with this excellent 12″ from The Godfathers from 1987. Hailed by many as the fore runners of the Britpop movement of the 90’s this was actually a minor US hit. Definitely on the blues/mod tip (check out the band image) and with a no nonsense approach. STB is pure rock n roll whilst “Miss That Girl” would make ZZ Top blush but with an unusual slide guitar riff. Pioneers!

Another blast of 90’s Indie pop/rock from Mega City Four. On the dance label “Big Life” this show cases their grunge influenced but very melodic tunes. Apparently Muse was heavily influenced by them. Tragically their frontman Wiz collapsed and later died of a blood clot on the brain, whilst rehearsing with his new band Ipanema back in 2006.

B-side “Untouchable” is one of their quickest songs and reminds me of Feeder with the metal riffs. “Mansion” meanders gently along and “Lipscar” reminds me of the Buzzcocks. A great band rediscovered!

From 1992 and the alt. Rock of Kingmaker. “Eat Yourself Whole” was a top 20 hit with the rasping harmonica akin to The The and jaunty chorus sounding like The Wonderstuff. Also you have the equally good, “Pyjama Girl” (my fav) and “Highway’s Gate” with that driving bass and a rockier “Waterboys” feels to it. Plenty of quality guitar work from a band that was so nearly huge!

Back to Baggie ! From 1992 and quite a big hit in the U.S. (apparently) the slide guitar, stoner rock had long been replaced by the indie dance vibe. Contempories of Primal Scream these went for the full Rolling Stones makeover. Just the 2 tracks on this twelve with the “Revisited” nicely bubbling along remixed from Bruce Forest.

Some early house stuff from 1988 with this bit of a dance with a social conscience. Remixed by House pioneer Jesse Saunders this was the group that was formed from the demise of Timex Social Club (Recorded “Rumours”)  The band consisted of Denzil Foster, Thomas McElroy, Samuelle Prater, and Valerie Watson. Heavily synth led with lots of soul, the album track, “Better Way,” gives more indication of their style. The main track has soulful vocals which even find themselves on to the instrumental mix. The fake news broadcaster mentioning President Reagan nicely dates it. The “House in Pieces MIx” is just the breaks , short and sweet.