An early Birthday present from Mike B ?!?! How kind. (It is my birthday on Wednesday with the big 5 Ohhhhh but more of that later next week)

This was from a limited edition 12″ released in 2002 featuring old League stuff and even older The Future stuff  (formed in 1977 by Ian Craig Marsh, Martyn Ware & Adi Newton who went on to form Clock DVA)

If you are into your wobbly and raw synths this will certainly tickle those earbuds. Way ahead of it’s time Techno/Electro/Ambient soundscapes. A novelty synth track, “C’Est Grave” featuring Tim Pearce on vocals. A beautiful closing instrumental. 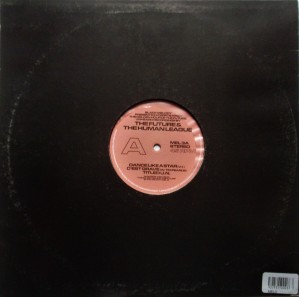 Okay, okay people love Rapidshare, but when the files expire I end up having doing this! 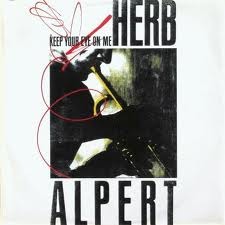 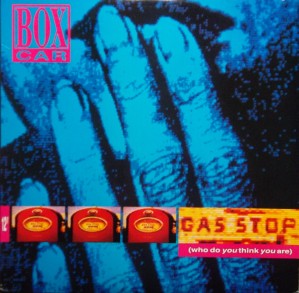 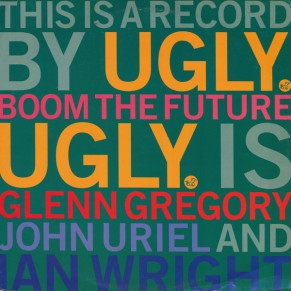 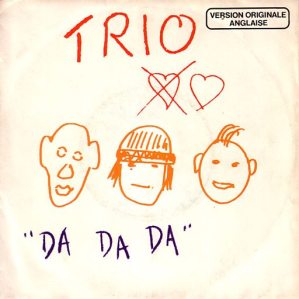 Living In A Box feat. Bobby Womack – So The Story Goes (12″) For DBD (Yup, this hasn’t been requested for a while!) 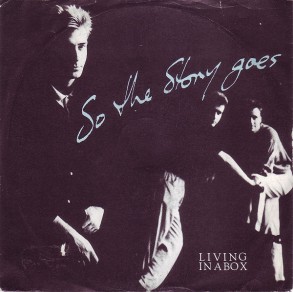 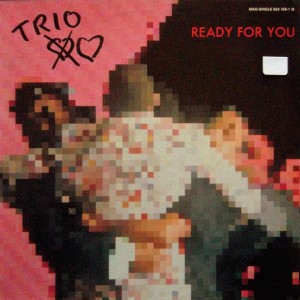 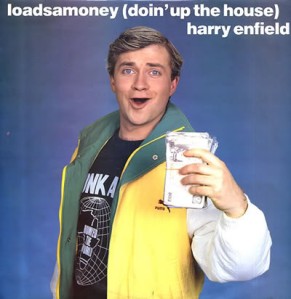 The League were proudly independent mavericks with a plan for World Domination but with a D.I.Y ethos. (Thanks go to WINX for the shares!)

Here is a pile of rarities from the late 70’s/Early 80’s that you may enjoy!

The Human League ‎– Being Boiled / Circus Of Death (7″)

The original mono recording from 1978 and their debut release. Primitive sounds with the soundtrack-like arrangements on “Circus Of Death” I love the Phil Oakey introduction where he tries to explain the meaning of the song, got to love a bit of pomposity now and again. 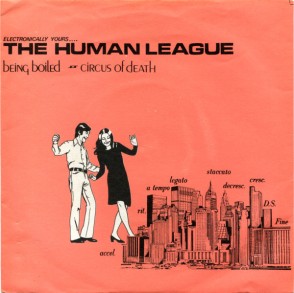 Probably as near as I’m going to get to hear what the old League sounded like live. “Being Boiled” is more intense, in stereo and gets cut suddenly towards the end, someone with a finger on the pause button ?

“No Time” from the LP “Reproduction” (all the rest are as well) and a more interesting version, Oakey’s distant vocal style suits the song well.

“Blind Youth” is a lively but simple pop track with some weird modular sounds mixed in with the tambourine led beat.

“You’ve Lost…” is minimal and icy but slightly warmer than the studio version but fades before it reaches the great climax! 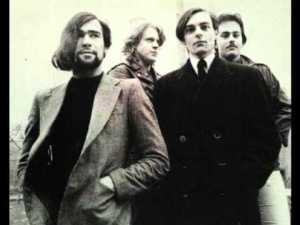 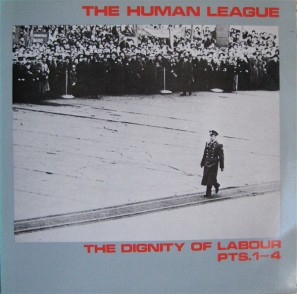 The 2nd single and a nice little double pack. This was from June 1980 with a lot of the tracks recorded back in 79. A celebration after being signed to Virgin no doubt. “Empire” is great synthpop track, weird and funny but sounding out of this world with co-production from Colin Thurston. “Introducing” is another dark instrumental, seeming to be like a Police Car chase.

The Bonus 7″ is a cover of the Mick Ronson track, again co-produced with Richard Manwaring who also co-produced the involving “Tokyo City”, atmospheric and futuristic and far superior to the short album version. 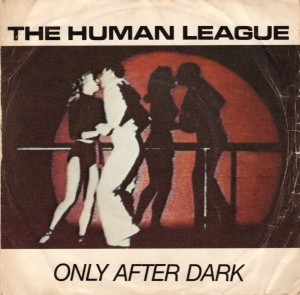 Released in February 1979, The Men was an alias used by The Human League as a result of Virgin pressing the group to record material which used more ‘conventional’ instruments, rather than just synthesizers. They were worried about the Musicians Union banning synths and a public back lash.So the band went under a pseudo name and recorded this with session musicians providing bass guitar and drums, and Katie Kissoon and Lisa Strike on backing vocals. (two years prior to the arrival of Joanne Catherall and Susan Ann Sulley)

Cruel, was a remix of the A-side, from which Philip’s vocals were absent, they were still plenty of synths in the mix, electro-disco. Both were co-produced with Colin Thurston

The group were obviously convinced that this record would provide them with their first hit single. Philip later revealed how the group had “planned what we were going to do on Top Of The Pops. We had all these actors and actresses hired for the backing group.” But they ended up being too busy to promote it.

Another strange fact is the song was covered by the British dance troupe Hot Gossip on their 1981 album “Geisha Boys and Temple Girls” which was produced by Martyn Ware, the album was a commercial failure and winded up to be the last Dindisc release.

I wonder who played the bass ? 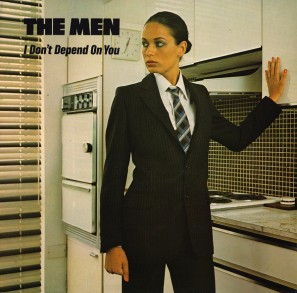 A track I had overlooked and was pleased to give it a revisit. Again before the Girls took over the backing vocals and before Martin Rushent. This was after the SPLIT, Feb 1981, with Oakey teaming up with Philip Wright, who was originally “director of visuals” in the old Human League and quickly learned to play keyboards and began writing with Oakey for Dare.

This was produced by Richard Manwaring with drama and plenty of synths with hardly any beats.

B-side , “Tom Baker” has a superb, early League sound with a nod to the original Dr. Who theme and the Radio-phonic Workshop. 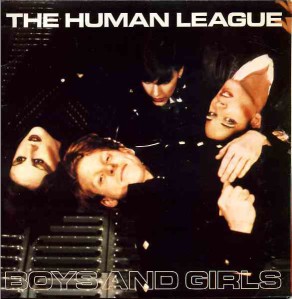 So it happened, Human League Mk2 and the embodiment of synth New Wave.

Martin Rushent adds his magic and it is co-written with new, permanent band member Ian Burdon, Formerly of Sheffield band Graph, Burden was employed as a session keyboard player for the Human League’s October 1980 tour, covering for Martyn Ware and Ian Craig Marsh’s keyboards after their departure, (he also played Bass Guitar)

The classic 7″ is here and the shorter but very effective dub on the flip.

“Still vocals and synthesizers only” 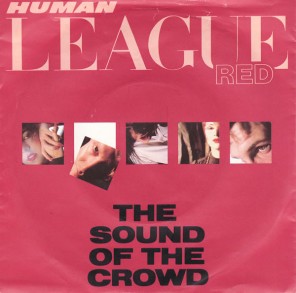 To complete this little feature the original 12″ version that was my first League purchase. I remember it came in a full, weighty vinyl slab and remember hearing those electronic Toms for the first time. The B-side is another different mix, here for the completists.

The Human League had made it but in such way that Ware and Oakey still not speak to each other, the high cost of Fame. 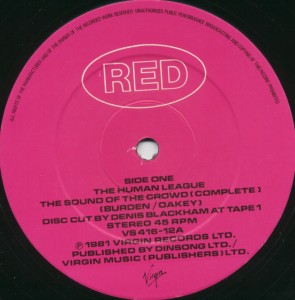 Saw this the other week, in a standard black sleeved 12″ cover and thought this was quite rare. Turns out it was originally packaged in a 12″ double pack which seems quite common, ahh well!

The debut release from the small, but perfectly formed Terence and his unusual voice. This is from a London Capital Radio session recorded to promote this new talent. So a lively, live and quite short version of his breakthrough hit, showing his love for a James Brown grunt.

“Sunday Jam (One Woman Man)” is a soulful acoustic number (with some synth string sounds thrown in) that appeared again as a B-side to “Dance Little Sister.” A cover of “Wonderful World” is also from the same session and is spine tingling good. 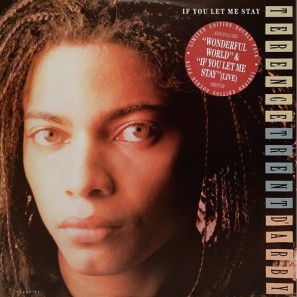 An earlier single from Love And Money (and this time from Mike B) from 1986 and sounding like a very polished 80’s Pop band. Synths are everywhere and the main track gets a glossy, long mix from Mike Berry.

More astonishingly Shep Pettibone remixes their debut single “Candybar Express” funky it up to 11 but maybe not in a good way, probably too many gimmicks for fans of the band but a great listen for any 80’s remix junkies. Very very similar to Hipsway’s “The Honeythief” 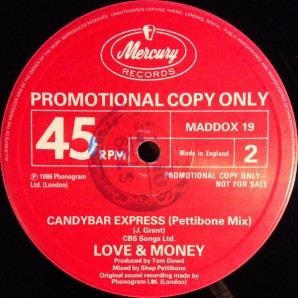 From the 1988 album ‘Teddy Bear, Duke & Psycho’ and at a time Heaven 17 were struggling with popularity and this quite mediocre single didn’t help. The lyrics and the trying to catchy chorus with all the “naah naah’s”

The 12″ has a more than a nod to Moroder about it and improves it by getting more electronic.

The other 2 tracks are both from the album (well the CD version), “Work” and “Giving Up” and they were still using the tried and tested Linn Drum machine that immediately dates them as earlier than ’88. I think they were trying to sound too much like a band but as everyone knows it was mostly samplers. Tim Cansfield’s versatile guitar can be heard and they did (and still do) love their R & B.

There is a very interesting article about the album here, for all you tech heads 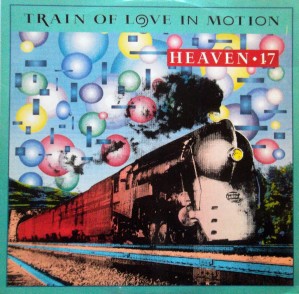 From August 1985 and a first hearing for me, Jellybean electrifies the famous track from “Back To The Future” adding extra hooks and drops. A longer guitar solo and some added drum machine.

The flip is a “Bad Is Bad” a kind of electro blues with Linn Drum Machine. originally a hit back in 1983

B-side includes a live versions of, “I Want A New Drug” (another ’83 that Ray Parker Jr. blatantly plagiarized for his “Ghostbusters” theme) and the Doo Wap acapella version of Curtis Mayfield’s,  “It’s All Right.” 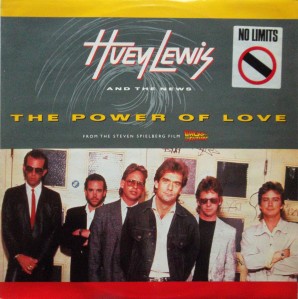 From 1989 and from the ex-lead singer of Shalamar , Jody Watley. Every 12″ fan loves an edit in the mix and these come from hip hop producer, Greg “Ski” Royal. It’s a huge sounding set of mixes by David Bianco and Louil Silas Jr, what a bass for the late 80’s! All 3 mixes have something to them with the instrumental not being a pure, voxless version as stated. 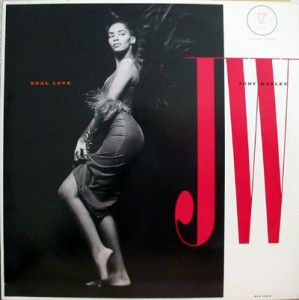 When the vocalist from Living In A Box teamed up with Madonna connected, NYC producer Jellybean.

From 1988 and an early House track and did appeared as a new track on the compilation “Jellybean Rocks The House!” and is a typical, polished production job with a solid bass

Part 2 is a dub and doesn’t feature Darbyshire’s vocals. The added bonus is the 1984 track which features the uncredited vocals from Madonna (I wish !) the vocals were from Catherine Buchanan. (nicknamed “Catt”) however she is in there somewhere , Madge wrote it and it was originally a single release back in 1984 and also in 1986. 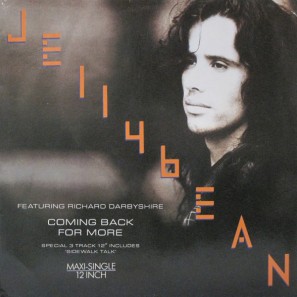 More from forgotten Scottish Band , Love And Money. (which comprised of members of the band Friends Again) More of a 4 track E.P. on this 1988 release showcasing the bands diverse sound. Gary Katz (Steely Dan) gives the title track a polished 80’s sound with a nod to the dancefloor. He also produces the last track, “Scapegoat” which keeps up the pop funk style and goes down the Level 42 route.

The other 2 tracks are more guitar orientated having been self produced; with the bluesy “Looking for Angeline” demonstrating James Grant fine guitar playing. There is a folk feel to “Set The Night On Fire” hinting at the bands new direction.