Back to this series with a few known and not so well known bands from Down Under.

A gentle guitar chugger with the wonderfully gravelly voice of the late Crissy Amphlett. Co-written and given the BIG Production and remix by Mike Chapman with writer Holly Knight. The instrumental is more of a dub mix whilst the main combines the styles of Pat Benatar and Blondie.

A rock groove dominates this track, with the main track produced by Mike Opitz and mixed by David Nicholas, Studio owner from Sydney. Lots of horns and interesting percussion and a catchy chorus. Altogether a great 3 tracks here with the others being mixed by Nick Launey giving it that twanging bass that appeared in many Big Country records.

From 1986 and more Party Rock Tunes from the well established Aussie band, Mondo Rock led by Ross Wilson. The title track of the album and given a couple of tech rock mixes by Freddy Bastone over the production Bill Drescher , meaty stuff! An added bonus is a special version of the album track , “Primitive Love Rites” which I really like in a “Footloose” kinda way…must check out that album. 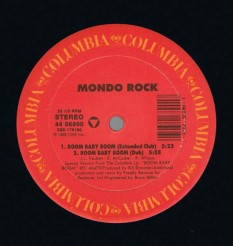 More Divinyls from ’85 and the follow up to “Pleasure And Pain” (see above) This also see’s the same production act of Mike Chapman and Mark Opitz. Bright guitars jangle along and with a very un-instrumental instrumental version, plenty of swirling organ. This was off their second album, “What A Life!” B-side is much more quirky, sounding like early Pretenders.

Pure synthpop from Australia’s first lady of pop, Olivia Neutron Bomb. From 1986 and probably trying to cash in on the success of Madonna and Debbie Gibson by hiring John “Jellybean” Benitez to provide the latin tinged remixes, grooving on an addictive bassline.

Last but by no means least, from 1986 and good old fashioned New Wave Dance from Sydney based Machinations. This compilation brings some of their hits as extended versions. More club orientated, the vocals tend to be cut up. For fans of true 80’s remixes with some excellent basslines

Someone requested this a while back so here it is. (All thanks to Mike) From 1987 and with a Bruce Forest remix (he was flavour of the month then) is Peter Cox and Richard Drummie’s classic getting a tarted up remix that only managed to get over to the States 2 whole years after the original release. Forest adds some extra boogie-woogie piano as well as tightening up the bassline. Clever marketing or Record Company greed ??

Rare wax indeed from 1985 and a remix of the classic from 1979. Like an even camper “Trans Europe Express” this includes the original French 7″ and the English 12″ version. Obviously influenced by their contemporaries  Kraftwerk, Giorgio Moroder and Y.M.O. there are plenty of classic analogue sounds. The rare 1985 beefs everything up by 11 borrowing the bassline from “Robots”

I can’t say I’m up with a lot of Supertramp stuff but was pleasantly surprised to here this quite funky, piano-led number. More dance floor than soft rock. I still forget they are an English band. Written and sung by keyboardist Rick Davies entirely in the chord of G minor (thanks wiki) and their last chart hit. Plenty of synths but the mixes do sound very similar, the Direct-to-disc being the pick, superb production for ’85. 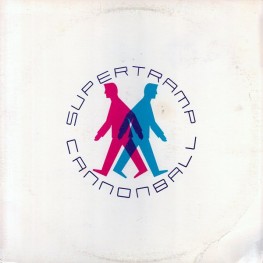 More Comateens from 1983 (again) with the funky “Get Off My Case.” They retweeted my last post by them which is kind of cool. Check out their website here (looking in rude health)

Love the live jam feel to this, way ahead of it’s time.

“I’m all choked up I have to leave”

Included on here is the “dub mix of the month” again by Duke Bootee (Ed Fletcher from the Sugar Hill label and a Furious Five member) mixing up the genre’s really well.  LCD Soundsystem, !!!, Clap Your Hands And Say Yeh! (All must have been taking notes!) Some say this was House music before it became House!!!

For fans of William Orbit, this was his first band and their album I posted a while back is over here.

Prepare To Energize (US Promo 12″)

The debut release from 1983!!! Unbelievable production with an electro feel and some great Numan-style, glacial synths. The “Fong Test” almost sounds like it made last year. Added vocoded vocals from Laurie Meyer, cutting edge! (and appeared in the film “Bachelor Party”) 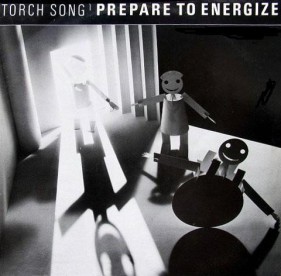 Jumping to 1987 and a re-release of “Don’t Look Now” re-recorded at the newly built Guerilla Studios and here in the extended version with extra slap bass. Two bonus tracks are also here. A cover of the atmospheric Steve Winwood track, “Can’t Find My Way Home” remixed by Rico Conning and featuring some nice sampled guitar and more slap bass, pre-dating Trip Hop. The semi-instrumental “Mothdoom Ecstasy” gets an A star for inventiveness and showcases plenty of samples.

So Mike has sent more stuff over and another Aussie friend has given me some stuff to share. This series is definitely expanding so gone is the chronological order…sorry fellow anoraks!

Returning back to 1983 and tracks from Glaswegian but adopted Aussie, John Paul Young. A well established Aussie singer from the 70’s sees him getting into the modern technology, produced by John Capek this was the lead single from his album of the same name. Yes, it has a didgeridoo, aboriginal samples and plenty of synths in a Toto’s-Africa-via-Van-Halen’s-Jump -stylee. Good rock voice and interesting sounds. The Tony Buettel produced “Sirens” is even more interesting with some very weird studio effects before it kicks in with a funky synth bassline; rare stuff.

B – Soldier Of Fortune (Extended) –

From 1984 and with a slight country/surf rock feel to it is singer Pat Wilson and this promo marketed for America and tapping into the Cyndia Lauper vibe of quirky pop rock. Listening through it’s more B-52’s with plenty of guitars. Her husband, Aussie music legend Ross Wilson, is on backing vocals and most of the instruments. Produced by and with a list of fellow Aussie producers/musicians including;veteran drummer Ricky Fataar, guitarists included James Black (Mondo Rock) and Mark Moffatt. “Tacky” is a nice bit of throwaway synth pop with some cheesy keyboards…Spot Nicole Kidman in the video!

Even further back to 1981 and this New Wave popper from the BIG voice of Renee Gayer. A top 5 hit in the Aussie charts and her remixed by John Luongo (plenty of Cowbell). A bit of Calypso groove and rather catchy it was written by Eddy Grant. The B-side is in your best Aussie Pub-rock tradition, “Good Lovin’, for Suzi Quattro fans.

B-side shimmers along in an early electro funk style. This is the Best cover of “Love Don’t Live Here Anymore” I’ve heard, slow and soulful and you even get electronic toms.

Pure synthpop now from 1985 and this little gem from Mike B; I think I have this somewhere but not these mixes by Razormaid’s Joseph Watt, (getting a slight feel of New Order here!) Recorded at Powerplant Studios in Willesden with Robin Miller (Sade producer) and used in a 3rd season episode of Miami Vice. This will bring back a few fond memories!

From the much overlooked album, “Dairy Of A Hollow Horse” .This has a gospel feel to it, sumptuous production by Mike Thorne sounding a little like ABC, dream pop at it’s best. It was met with deaf ears by the public and so the album flop. Gary and Eddie had been joined by Brian McNeill on keyboards, Gazza Johnson (ex- Hambi And The Dance) on bass and Kevin Wilkinson on drums. Another album track, “Back Home” is classic China Crisis, with some great pedal steel and production by Walter Beckett, Steely Dan-esque as you’d expect.

From 1983 and off their debut album, “Pictures On A String” (that track is included in all it’s quirky goodness) Comateens were at the front of American New Wave and here seem in direct response to the invasion of Duran Duran, Spandau Ballet et al. This contains the much sought after “Dub Mix” with the classic 80’s bassline and Duran-like percussion and guitar. Mixes provided by John Luongo, of course. Liking the almost Parisian vocal delivery of Lyn Byrd.