Going back to 1986 now with a later release from Whodini, adding some bass guitar to the mix and generally being er…..funkier. Slightly repetitive with some pretty soft drums it still rattles the old speakers. Produced by Larry Smith (Kurtis Blow, Run D.M.C.) and mixed by Bryan “Chuck” New, they more entertainers than street hardened gangsters. but way, way ahead of their time.

The trio were Drew Carter (Grandmaster D), Jalil Hutchins and John Fletcher (Ecstasy) and had considerable success beforehand so we get the obligatory megamix of the previous hits as a B-side. Short snippets shoe-horned together. 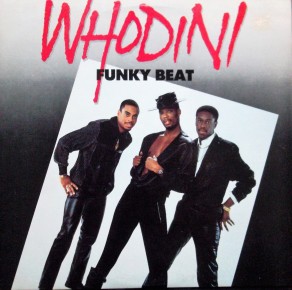