The duo of Dave Cunningham and the received pronunciation of Sally Peterson (the original female voice was Deborah Evans-Stickland) and the typical weird arrangement and production. From their album “Top Ten” (wishful thinking)

Another Cover version with Bar Piano from Julian Marshall (more from his previous Marshall Hain later this week!)

“Dizzy” is a the instrumental without the piano but plenty of manipulated drums. Quite simple but effective.

Now for the weirdest track of the week, “Gyrostatics” is a sample and loop heaven, pioneering sounds for the time, predating 90’s Glitch music, almost Process music as it winds at ten and a half minute, very interesting – reminded me of Andrew Poppy in places and Colourbox in others. 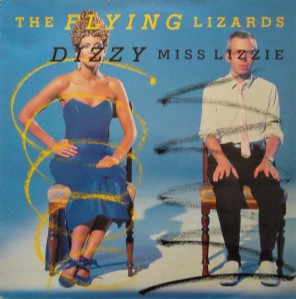