All the kind messages of support needs this song to cheer everyone up.

Onwards with this dose of synthpop from American synthpop band Book Of Love, released only in the US in 1986 – so someone from Europe probably gets to hear it for the first time today and goes and purchases the entire back catalogue – that’s why I don’t put albums up. Promote new/old stuff who’d a thought!

The group were from Philadelphia and a mostly all female quartet comprising of Jade Lee, Lauren Roselli, Susan Ottaviano, Ted Ottaviano (no relation) They got to be support for Depeche Mode on the “Black Celebration” tour (in the UK we had Hardcorps)

Gentle pop with some nice early samplers doing  “Ooooh’s” and “Aaaaah” sounds. Remixed by Ivan Ivan and Jellybean (Now there’s a wrestling tag team if I ever heard one!)

Mark Kamins remixes “Lost Souls” giving it an oriental shine, the song being a bit darker almost Goth in the style.

A nice little bonus is the Daniel Miller mix of previous hit “I Touch Roses”, I have heard the original bit Miller turns the synths up to 11 on his remix and the drums are suitably HUGE a nice, malfunctioned ending too ! 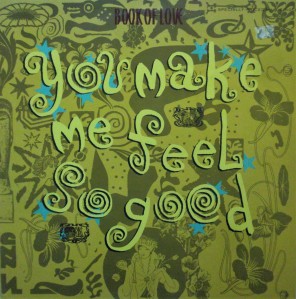