The release of this originally was a Call To Arms and a really enjoyable change of direction with manic, urgent sounds. This 12″ includes the rejected “more songs from the big chair” 1986 US remix by Bob Clearmountain, a much gentler mix that effects the power of the song but doesn’t detract from the message. Backing vocalists are a veritable choir most singers in their own right, Bernita Turner (Eurythmics, Blow Monkeys), Katie Kissoon, Nicky Holland, Ruby James and Stevie Lange. It has lots of overdubs

Loads of samples appear on the main mix (“Evil Dead” stars in a large part as does Galaga video game ) Huge drums from Manny Elias and Luis Jardim’s percussion re-imagined via the Fairlight. It sort of stutters along with the song reemerging from the studio trickery.

For fans of the song there is the “Long Version” which is again very different. Chris Hughes adding an extra long intro and ending. 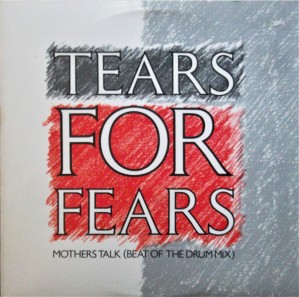 As a bonus and knowing that we all like to cross all the t’s! The UK 12″ version from 1984 and an older vinyl rip with the atmospheric beat boxing of “Empire Building” as the B-side, very Art Of Noise. Is it Same as the long version from the previous 12″ ? I think so.