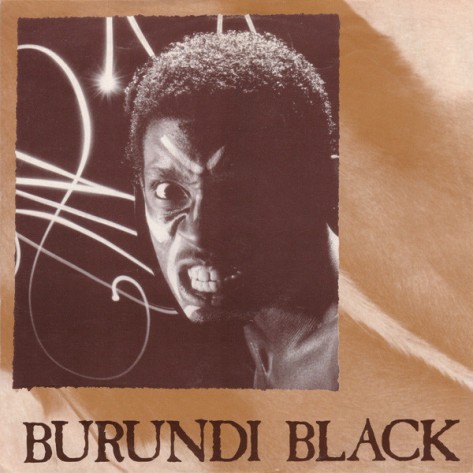 An interesting experiment in blending World Music with some synthetics helped by a remix of a 1971 track by Rusty Egan (Visage) and Jean-Philippe Iliesco released in 1981.

Originally written by frenchman Mike Steïphenson (aka Michel Bernholc) who grafted an arrangement for guitars and keyboards onto the original recording from Burundi, and the result was ‘Burundi Black’, that sampled  “Ensemble De Tambours” from the drummers of the Ingoma tribe, which appeared first on the French Album “Musique Du Burundi.” (1968) (field recordings by anthropologists Michel Vuylsteke and Charles Duvelle)

Egan adds some of own electronic drums to the beat and their is a piano and clavitar to give it a New Romantic feel. The shorter second part is more like the original just voice and drums.