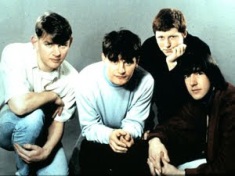 The second release by Oldham’s Inspiral Carpets. Released on their own label, Cow Records and featuring founder member Stephen Holt on vocals with guitarist Graham Lambert, Clint Boon (organ) and David Swift (bass) and the late Craig Gill on drums.

Four short, punchy tracks of perfect pop with the ever present swirling, distinctive channelled, Farfisa of Boon. Sounding raw and hungry, I love the punk element of “Greek Wedding Song.” A sneaky peek at a young band who would become massive in the 90’s. Holt left the band soon after to be replaced by Tom Hingley on vocals. 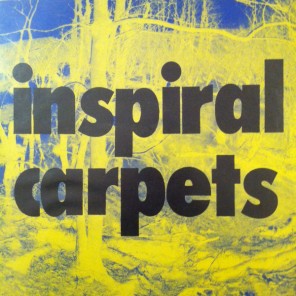