More stuff from the Nettwerk label and a nice slice of squelchy trance from Aussie electro band, Single Gun Theory. (Jacqui Hunt, Pete Rivett-Carnac and Kath Power) World and Tribal influences are used with the main mix (and the best) being done by Apollo 440’s Noko with Stuart Crichton. So for fans of Fluke and The Grid) Sounds quite fresh for 1994. 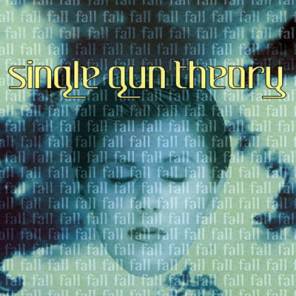 This see’s them take a more rock orientated approach using the production skills of John Fryer. Remixed from their final album, “Head Down” this came out in 1990. Cue girlie backing vocals (from label mate Sarah McLachlan) and a Tony Garcia remix. This has some great bass and guitar playing and comes with a proper Dub mix. B-side extra track is a live and heavy version of “Alibis” which featured original vocalist, Cal Stephenson and originally appeared on the ’85 album, “Dusk To Desire” – much more industrial rock in sound.

“Dusk To Desire” is here 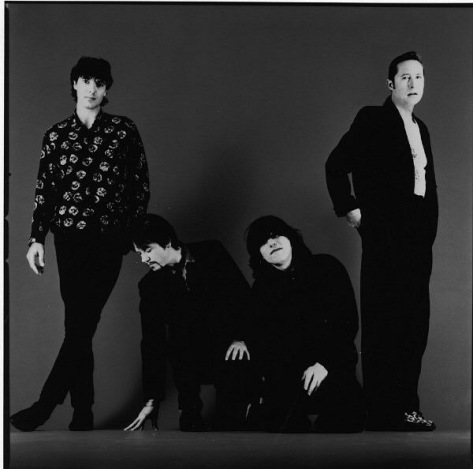 Australian indie rock band formed in Canberra in 1980 gets a street makeover with this from 1992. From the album “Priest = Aura” and sounding a bit like the UK band James. Baggy beats provided by that man, Junior Vasquez (with Curt Frasca) !!! Some nice guitar work and stabbing samplers can’t take away from what a great song this is. The instrumental “Techno Dub” is more Trip Hop than speedy techno with some clumsy, shoe-horned samples overdubbed. The “Ragga” mix is just that, a Dance Hall stylee with vocals working well over the top. A bonus B-side is the track “Under A Milky Way” a previous single from 1988, acoustic and heartfelt and makes me want to find out more about them, rock that violin solo!!

Chicago’s finest exponents of sleazy, industrial-lite have been going since 1987. I’ve got quite a few bits and pieces by them; getting into them via the track “Ride The Mindway” off their second album, “Confessions Of A Knife….” A hotch-potch of styles they have become a bit of an institution on the American alt. music scene.

“Hailing from Chicago’s renowned Wax Trax! Records stable of recording artists, My Life With The Thrill Kill Kult have been conjuring up sonic tales of sex, blasphemy and kitschy horror since 1987. Along with labelmates such as Front 242, KMFDM and Ministry, Thrill Kill Kult helped develop the industrial music genre, but they themselves continued to evolve, creating one of the most diverse repertoires in modern day music. Their sound can be described as electronic rock, heavily influenced by both disco and funk. One of their most distinctive characteristics is the use of spoken-word samples lifted from B-movies and other sources. Since debuting, they have released 13 studio albums, and their music has been featured in many notable films, television/cable shows and soundtracks, all the while making a reputation for themselves as one of the most notorious and controversial cult bands of their generation.”

So there you have it…

This was released in 1997 and off the album, “Crime For All Seasons” from the previous year. Here with 4 very different mixes and on blood red vinyl (thanks Mike!) Three remixes all done inhouse with Buzz McCoy and Groovie Mann providing the right amount of naughtiness on the ravey “Suck It” mix. (Sheep On Drugs fans?) The “Thrust Mix” has a House groove with more chilled vibe to it.

A very early release (1990) from Cause & Effect sounding more Depeche than Depeche Mode (circa 1983!!) and very similar to compatriots Iris. There is even Bizarre Love Triangle sounding stuff in here. Released on the tiny Nastymix record label, this is synthpop at its purest with some sampled movie dialogue on the much sought after “Promiscuous Mix.” Tony Garcia provides the first 3 mixes, all very different, adding a bit of a funk feel to the bubbling sequencers and some piano stabs on the dub.

It wouldn’t be a 90’s section without a Perfecto remix by the famous duo of Paul Oakenfold and Steve Osbourne. Famous for bringing bands never heard of in the clubs to the dancefloor by keeping most of the vocals and melody in the mix whilst adding the dancefloor sparkle. This was Smashing Pumpkins from their 1998 album, “Adore” and gets a couple of typically driving mixes. The dub’s are standalone House tracks with the rolling beats and bleeps of the Electrobeat mix being my fav. 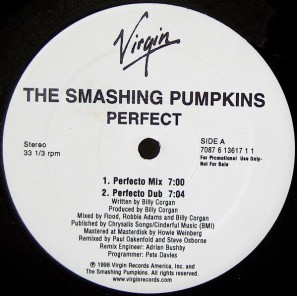 Continuing with 90’s pop and this from ’95 from the New Zealand band The Otara Millionaires Club (OMC) who had a worldwide hit with this catchy little song. Originally a trio of Phil and Christina Fuemana, and their younger brother, Pauly. They had already split when the late Pauly Fuemana decided to work with New Zealand producer Alan Jansson. Here are some rare club mixes. US producer and remixer, Richard Dekkard gives it more of a techno/progressive House edge, with shades of Yello in the use of horns. The Cibola has lots of retro electro sounds and beats (and some scratching) and works really !

The original is here for all those who can’t stand 90’s dance remixes!

Produced by brother Ricky Wilde (who also contributes guitar) and remixed by Steve Anderson. This was released in 1990 and gleams of the synthpop that PWL were producing at the time. Inoffensive pop led by piano chords and sax, it could have been sung by anyone but Wilde’s distinct vocals pick it out from crowd, although with inane lyrics.

Previous (and superior) single “Can’t Get Enough (Of Your Love)” appears with the 12″ remix. Just to remind everyone was listening to Kylie and Madonna at the time. 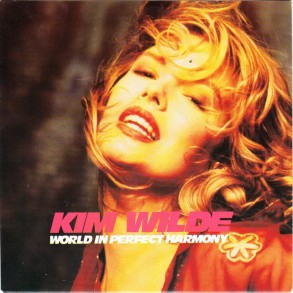 For fans of Pop with a capital P and the more synthpop sound of Savage Garden vintage ’99. Produced and mixed by Eddie Arroyo. This was a massive hit from their second album “Affirmation” The Dance Mix is speeds up the original and given additional beats and house piano.

For fans of Savage Garden and Darren Hayes!